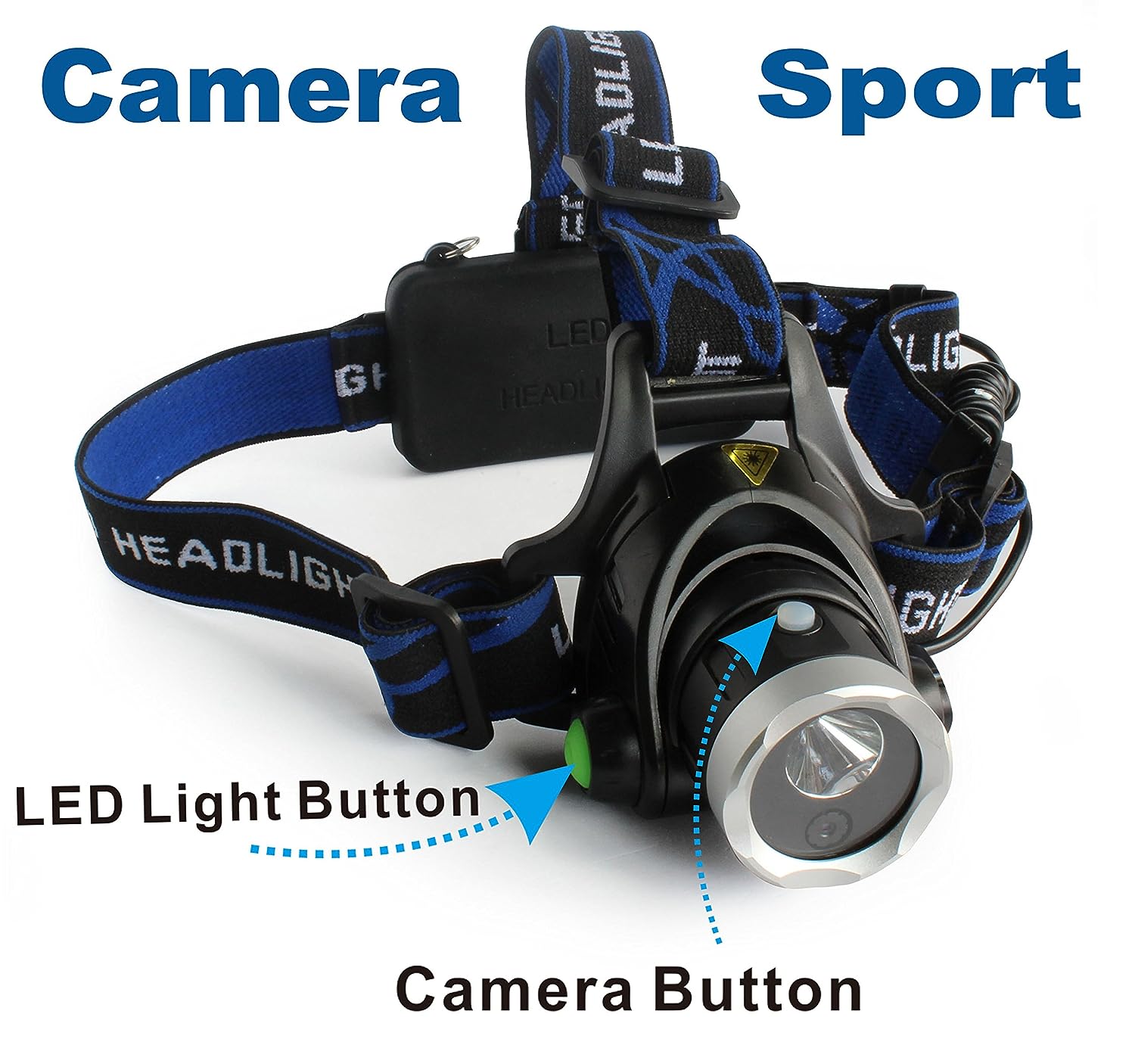 Well, I loved the idea of this, we use the head torches like this all the while in winter round the garden and thought the camera would be fun, and for cyclists, walkers, cavers, horse riders ( as I used to be) it would provide a great record of the journey.

When it arrived I quickly unpacked and did a quick assessment, seems reasonably rugged, something needed to stand up to the rigours of outside use. The batteries are at the back, something I prefer as it spreads the weight better and makes wearing it more comfortable. The light is excellent, very bright and clear, with viable settings and angles, and its very easy to adjust the fitting for maximum comfort. That’s important if you’re to be wearing it a while.

I had a practise run, playing with video settings and then eagerly plugged in to pc. I don’t have a card reader, and you can use one for this but I just plugged it straight in to PC via the USB cable and PC picked it up instantly. Opened my “camera” setting and played videos back straight way. Lovely clear pics, a bit shaky however that’s user technique not the camera, but… I could not get sound. My speakers are a bit iffy sometimes so loaded up a couple of YouTube vids but got sound on those. I was sure this was meant to have sound so contacted sellers, who were really helpful and told me yes, there is audio with it and gave me a couple of useful suggestions. Useful that is if you’ve more than the bare min tech knowledge I have!

I asked son in law to try to see if he could find out where I went wrong. He did a couple of vids, plugged in to PC same as me and lo and behold he had visuals and audio, both very clear. We never did work out what I’d done wrong, whether it was me or pc but its clearly not the product.

The grandkids think its fun, and it is very easy to use. I hate reading manuals ( doesn’t everyone?) though did refer to it when I was stuck over the sound issue. Family didn’t need manual though – it is very simple and easy to use, a proper Plug and Play.

Its got a decent recording time too – you don’t want it to stop an hour into your journey! The light is very easy to adjust in intensity and positioning.

I do like that the description says “Anti-shattering ultra clear lens, anti-scratching and anti-slip” A scratched lens is useless and outdoors its easy to get lens damaged if they aren’t sturdy enough.

There’s no SD card. I know the description tells you this but as with other items I’ve tried I really feel for the price there should be one included. It reminds me of those days back in 60s and 70s when electrical items were sold without plugs. Not Right IMO.

Though it feels pretty robust, its described as dust and rain proof, rather than waterproof – many times outside the rain is pretty heavy and for things like caving its going to be very wet. I’m not sure how rain proof it actually is, and whether water damage from something like being out in a storm, or very wet cave would damage it, and whether it would be covered under guarantee in those conditions. I think the picture canoeing with it is very optimistic!  Its quite expensive to risk damaging it. The cover over the batteries is rubber but not very close fitting and I think it would let water in if its anything more than a quick shower.

Replacement batteries maybe fairly expensive – a quick Google shows them at around a tenner each for the ones with good reviews. I’m not sure how long they last, and how well they recharge. The ones supplied have Samsung stamped on them and I’m assuming that’s what they are, but TBH I’ve never seen batteries like this so I wouldn’t know for certain.

Overall I think its a fun, easy to use gadget, but considering the risk of water damage it could be a bit expensive. Ultimately its up to you to choose whether you’d take the risk. )

Stars: Four, easy to use, good images and sound but I am wary about how waterproof it will be.