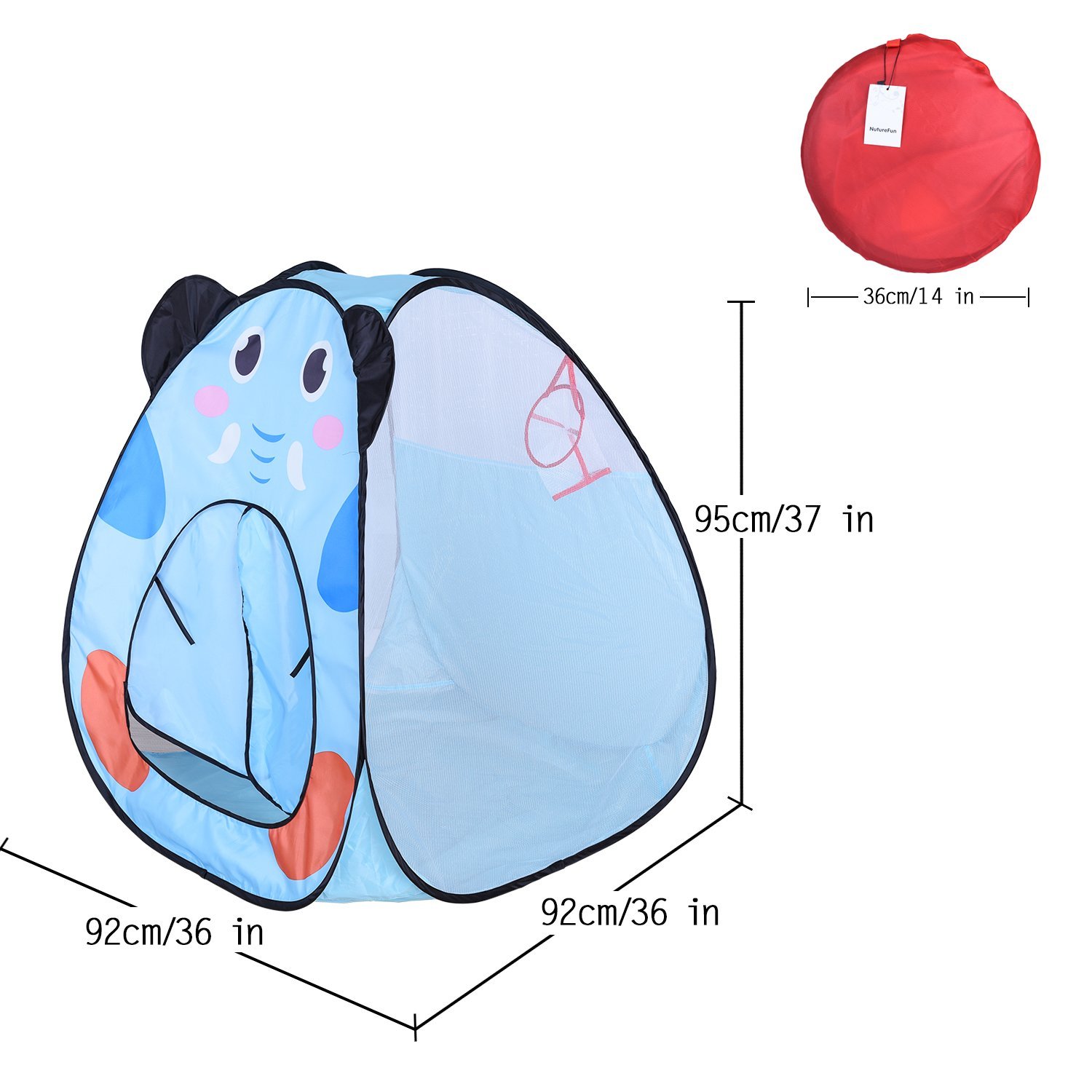 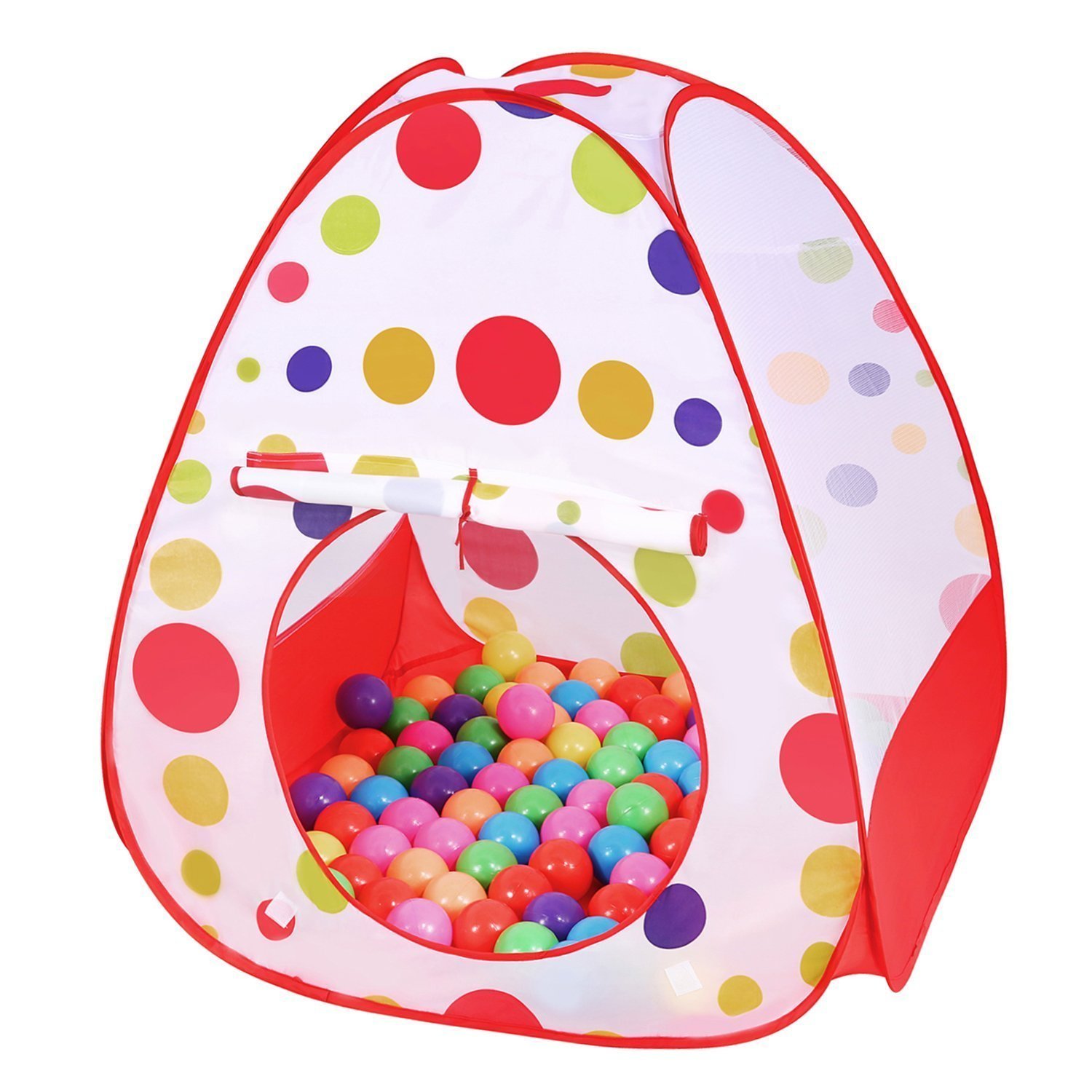 I’ve got two pop up tents for review currently and youngest grandson, 5 year old Brennan has given them both a thorough testing. He takes his part in reviewing very seriously – and then claims the products he wants!!

So the blue tent was slightly larger but they are both a good size for small kids. They both come in a circular zipped bag, same washable fabric as the tent. The real fun is the way they assemble, just take them out of the zipped pouch and they do just what it says, pop up. Don’t let toddlers open it –they  really do come out quickly and it’ll startle them and may hurt them as it opens. It is so light and easy to carry that it means its so easy to take it with you on a beach trip, on a picnic, a trip to the woods so for younger kids you’ve an instant play tent. Its a great place for snacks too, a clean floor to sit on, no dirt to get in sandwiches, fruit or cakes, and if you close the front then no flies or wasps can get in. They’re quite scary for young kids when they buzz round food so this is great for eliminating them.

Bren’s been climbing in and out, accompanied by the dogs, and these have gone from room to room. We’d have had them in the garden but its rained all weekend, still, summer Has to come sometime and he’ll get great use then.

He’s got a great imagination so as usual these have doubled as a vet surgery ( one of his dogs is there a lot currently with a cut pad so that’s something he’s familiar with). Of course he’s the vet and I’m the vet assistant, and we’ve a small furry tiger with a bare patch on its tail that’s needed to be kept in the surgery, and bandaged! They’ve also been a shop – few cans and boxes from the cupboard, a cafe thanks to a few plastic bowls, cups and some paper plates, and of course its a house too.

I think for those kids that hate getting changed on the beach – I always did, wrapped the towel round and tried to get dressed beneath it but it was awkward and i was always worried the towel would slip..this would be perfect with a large throw or blanket thrown over to create their own changing room. Of course when its time to go home simply fold it up, zip in bag and its instantly portable.

On a practical note, the fabric on both is polyester, with mesh sides and though most fabrics now are flameproof and the blue one says it meets safety standards I’d keep away from fire. That’s a sensible precaution with any toy though. The fabric is washable, and you could either hand wash it while flat or pop it up and simply hose down. The blue one has got a tiny basketball type hoop in which I was puzzled by but which Bren thinks is fun…The closures are Velcro and easy for little fingers to do. Bren is five and there’s plenty of room for him ( and the dogs) to give you and idea of size. You could easily get a couple of toddlers and some toys in here. Packing it away is a knack that needs to be learned and pretty frustrating until you’ve worked it out .

I’m not so sure about the 3 month guarantee though on the red tent – I’d expect longer if a company has confidence in its product, and I would have thought being sold on Amazon UK means its subject to UK laws which give a straight one year minimum. I hope the company takes note of this and rethinks their approach. I have taken off one star for that.

Stars: Five for the blue tent, four for the red one