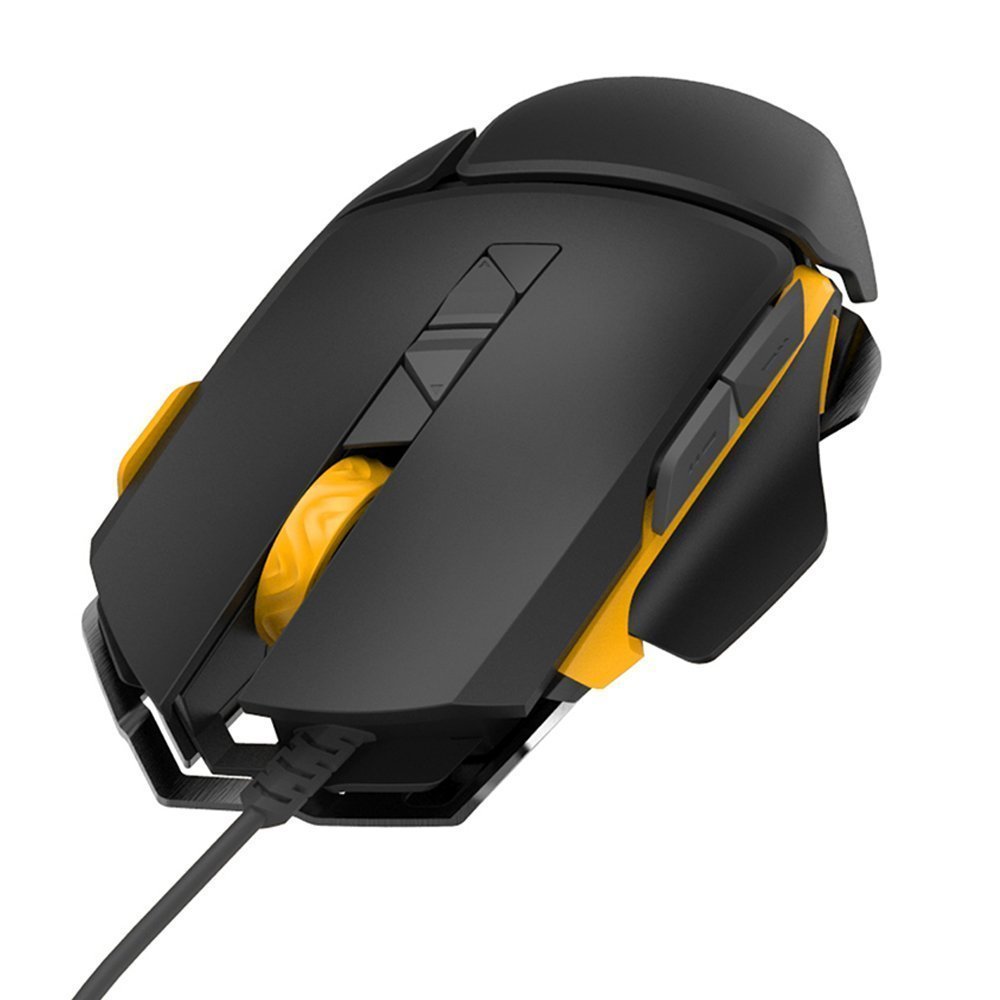 Once more its 17yr old Daz, keen gamer grandson who’s done this review. My knowledge of Gaming is zero! His words, I’ve just corrected spelling. I did give him a list of questions as a base to work from.

The mouse came in a cardboard box, set in a plastic tray covered with a sheet of foam ,with the mouse held firmly in place. My first thoughts on it when I opened the box was that the packaging  would make it look great as a gift.
Looking at the mouse itself I was like… OK there’s a load of numbers there… and it took me a while to realise that when you plug it in, there’s a bar that lights up and shows the dpi of the mouse.
My hands fit nicely on the mouse, and the plastic of the mouse is smooth making it easy to grip but not slippery.
I then turned the mouse upside down, and it reminded me of my remote control car, as it has a solid metal plate underneath, and its not a thin one, its a few mm like maybe 2 or 3mm, but I like it as it adds more weight to the mouse.
The one thing that I was like ugh was the fact I’d never seen it before, and opened it and was like ok its black and a yellow/orange colour, which is fine but my keyboard headset and pc all have blue backlight lights, and its orange but now I like it as it looks cool.

It feels hard wearing and robust, as i mentioned before, the plastic is solid and it has a large metal base which helps it glide on my mouse pad, which I would recommend getting if you plan on using this mouse as it can jolt a little if on a wooden surface like my desk. It also helps with the smoothness of the mouse a little which i noticed whilst playing CSGO.

It looked like a normal gaming mouse to me, then I messed around with the dpi whilst playing CSGO, its more noticeable comparing it to playing DOTA or League of Legends, as you don’t really notice the precision when you right click a creep, but you do when playing a game that requires it like counter-strike.
Whilst on a low dpi to increase my accuracy it took me a few minutes to adapt to the mouse, as if you change from any mouse you’ll understand that they’re not all the same.
The one thing that I think could be improved, because I’m a little fussy, is to put 3 tiny stickers over 3 screws that hold the metal pad to the mouse, but that’s just me being fpicky. Overall it looks and feels like a great mouse, and i would recommend it to my friends if any of them had any money to buy a mouse.

Ohh one last thing I would like to add is I quite like the rubber mouse wheel and grips down the side of the mouse, so your thumb and pinkie wont hurt over long periods of time if you decide to do all-nighters with your friends, like me from time to time. ( much to his mum’s displeasure!)Having a hard piece of plastic that your thumbs attached/pushed against can be painful after a while but I have not had any of those problems with this mouse yet.

The first time I tried to connect it to my pc my pc crashed… not the fault of the mouse – it overheated because I was farming bitcoins for about 2 days straight and had been overworked, but 2nd attempt about an hour later after a restart it took about 5 mins for my pc to automatically install the drivers, which saved me the effort of trying to install them manually.

Games I used this mouse on were GTA V, DOTA 2, CSGO and LoL but the favourite ones to use it on was GTA and CSGO, and they are precision games that require a decent mouse and rig to play on. The cable length is fairly long, which is helpful when arranging where all the wires go from my pc and allows for easy cable management.

There was no manual when I received the mouse but I didn’t need one as its easy to understand and use. 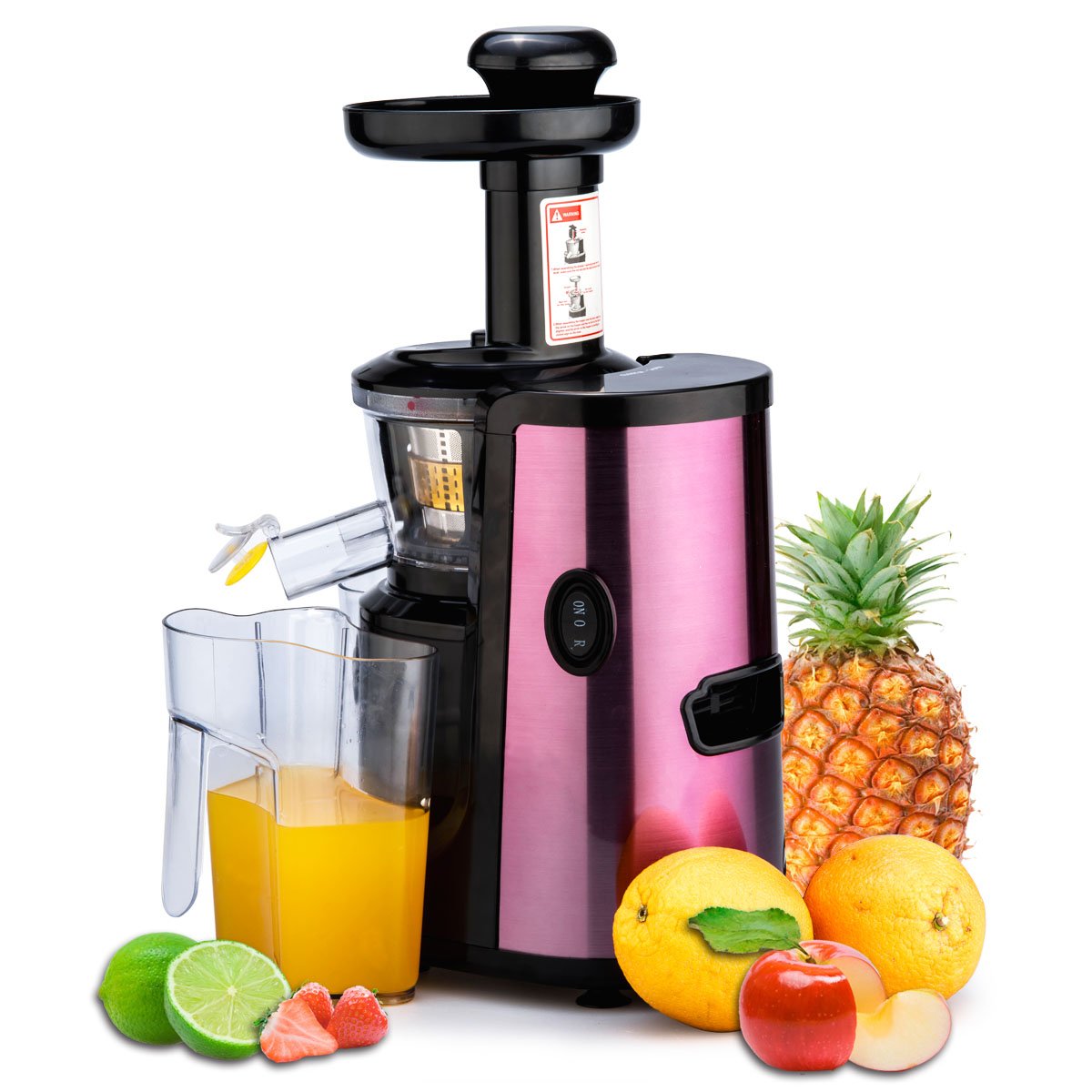 This arrived very well packaged in a sturdy cardboard box, with each part inside securely protected by polystyrene.

Assembling it is straightforward, but there are a couple of things to watch for, two red dots to line up which I didn’t notice at first, and I did find that the parts were a bit stiff to connect. Maybe after a few times being used they’d be easier. I have hand issues, so things like that are really noticeable to me.

Juicing is easy, no peeling or anything, just wash and go, unless you’re using citrus fruits or things like melon. Just add fruit to hopper and switch on. Its best if you cut them into managable pieces we found, when I cut pears into thirds it was better than haves but they were quite large.
It has a continuous on switch, a reverse, and a kind of pulse button, stays on while its held, stops when you let go. Handy for quick bursts. There’s a reverse which I think would be handy in the event a piece of something gets stuck.
Once it was going – well, wow – very quickly I’d loads ofjuice coming out of the jug and some very dry pulp in the container the other side. It divides juice and pulp very well. We tried it with watermelon, then pears and finally apples. We used half a watermelon which gave three good glasses of juice, three largish  pears gave about two glasses, and two small apples around one. It did give more juice than one I tried before, and the spec given explains that, how its slowly crushes at slower speed. It certainly wasn’t as noisy as others I’ve used. The slow speed creates less heat, and the data says this is longer lasting so you could make some and store for a few days maybe? Add some lemon juice to apple jiuce, that might help prevent disolourtation though I haven’t tried it yet. We did run the pulp through a second time which gave a little more juice. The kids favourite was watermelon. I’m not keen on the idea of spinach, kale, wheat sporuts and that kind of juice, but beetroot and carrots would be fun and you could add herbs like coriander and thyme to add flavour. Makes something different and packed with vitamins.
The pros are that its incredibly efficient and quick, and the juice tastes so, so fresh, incomparable to cartons, even the pressed and chilled stuff, but the cons…it takes ages to clean all the bits. Everything comes apart easily but there’s so many parts. Jug and pulp container, the grater bit with tiny holes, great for juice, not so for cleaning even with the little brush given. then there’s also the top part where you add the fruit and the plunger that pushes it down. It doesn’t say its dishwasher safe but I see no reason why it shouldn’t be and if you’ve got one ( we haven’t) maybe that part won’t bother you so much, and cleaning will be simple.

There are lots of health benefits claimed for juice and if you want to make your own with things not commercially available, or want to have the freshest juice possible its great. If you’re making lots for the whole family it’s great, but if like me you just want the occasional glass of fresh juice a simple hand press is easier..

Stars: Five for amount and taste of juice, but three for cleaning, unless you’ve a dishwasher!