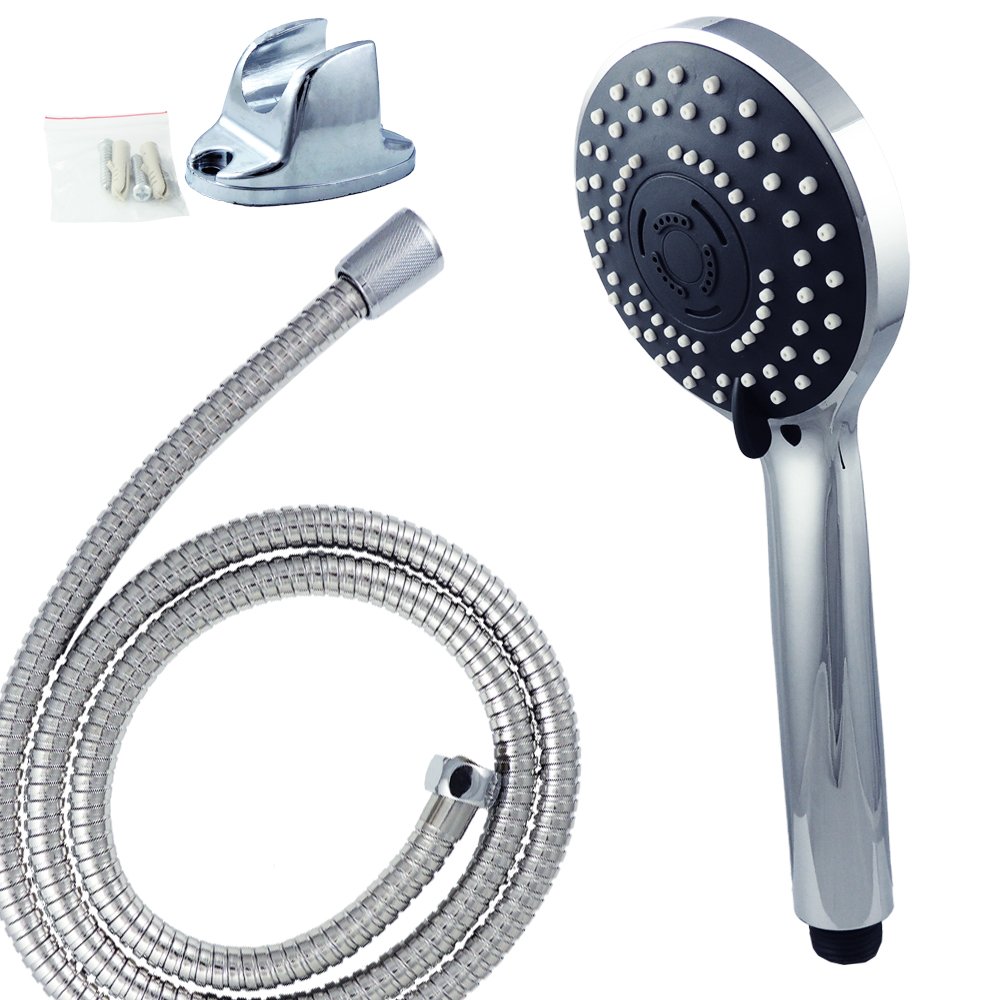 Well, it doesn’t cost much but to be honest it feels like it. It looks good at the moment but I don’t think it’s going to stay that way for long as its plastic based, chrome coloured and I think the chrome will wear off.
It feels very flimsy to handle, and I think I’ll probably drop it a lot, it’s so light.

The head is also very light, but does have a decent number of functions and works well. I need a new head for my en-suite shower and this is fine, and the second showewrroom needs a longer hose, the new shower we put in has a very short one, no use if you want to remove and use shower in the hand. This chain will do until I get a more robust one.

Its comes with fittings, in the same ABS material with chrome colouring.

As always you get what you pay for, and for a cheap quick fix this does the job. I’d rather pay a bit more and have a solid metal one though for longevity and looks.

Stars: Three, feels very flimsy but on the plus side its  affordable. 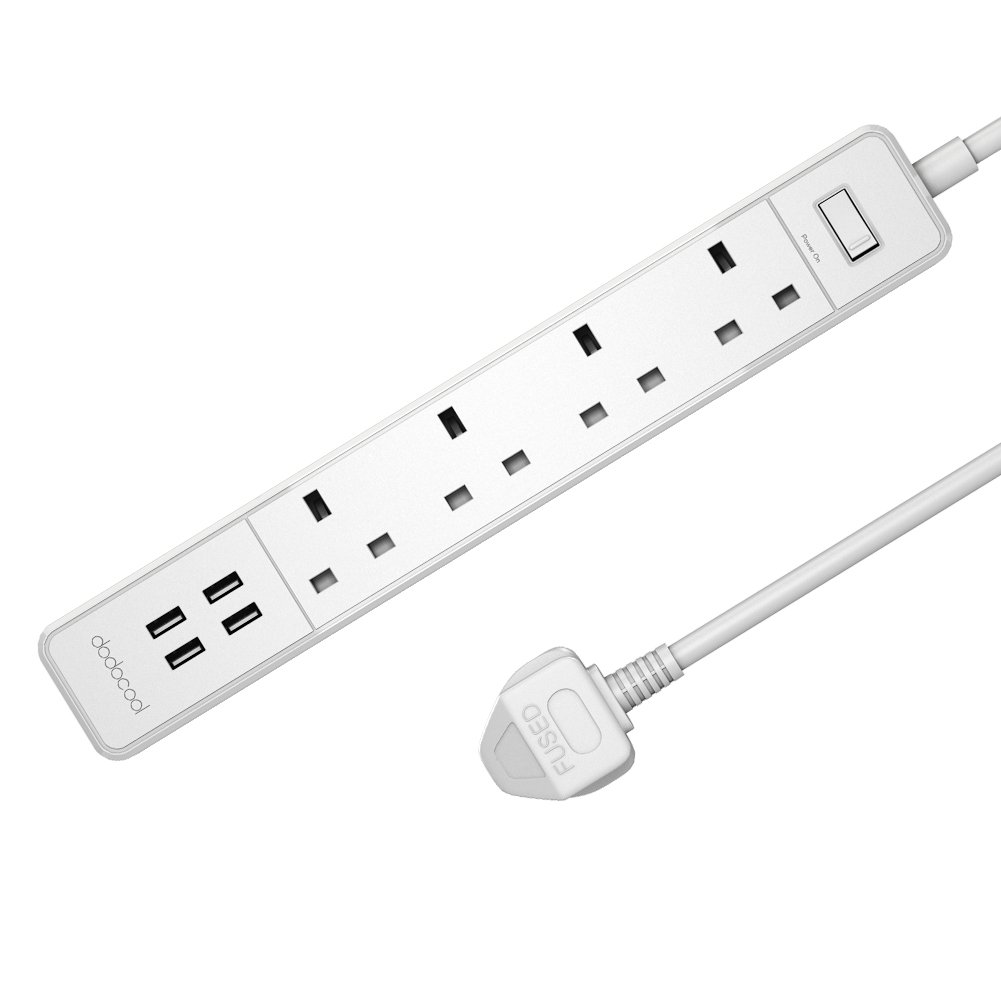 Despite having added extra sockets to my home when we moved we still never have enough, or have ones where we need them.
Now with USB chargers taking up sockets too we never seem to have enough chargers for devices either. When the grandkids are here they bring phones and tablets, I have kindles and phone, daughter has phone, son in law has ipad and phone – we’re always fighting for sockets or using battery banks so this seems like a great idea.

Its got a protection built in to prevent  over-current, over-voltage, over-heating and short circuit protection. That’s good as I was chatting to son number two yesterday and he was saying about the dangers of using chargers designed for tablets with phones that need lower current so devices like this are great from a safety point of view. I hadn’t registed mentally that there was a diffence in current on some and that devices could dangerously overheat.
The cable is almost 5ft long too which is useful. Some are only a couple of feet, but sometimes you need the extra length. Its got and on/off switch too, useful if you can’t reach the wall socket.

I’ve seen some safety concerns, so if I experience any I’ll edit but it seems fine for now. 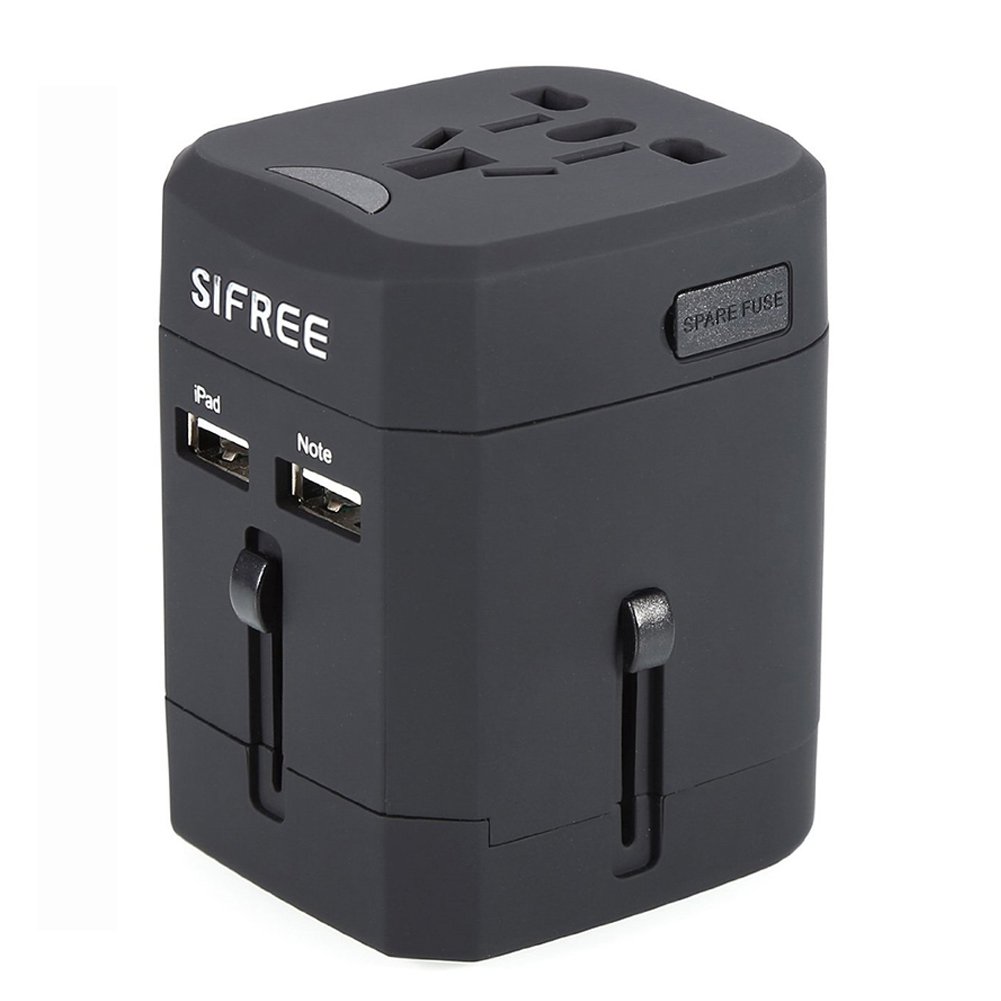 What a terrific idea for travellers and holiday makers.
We seem to amass more and more electrical devices, phones, tablets, ereaders, ipods, mp3s plus shavers, hair stylers etc that one of these is essential for travelling.

Its small, just 3x2x2 inches so fits easily into case, and will make such a difference. There are some very important cautions to note, such as the AC power of the country you’re visiting, and the maximum load of devices used so do take note of that. Just because it fits doesn’t mean its safe!

Its very easy to use, select the country you’re in, slide up the levers and the relevant pins emerge from the socket. Its suitable for charging most devices, and has had safety taken into consideration, with Fire Resistant PC Materials, 6.0A Fuse, LED Indicator, Safety Shutters and Plug Lock System. That’s something I find really important.

Product supplied for honest review. All items undergo assessment and testing where needed before I give my opinion, and stars given accordingly.
.