I love anything solar powered for the garden, just switch on, put in place and forget. What could be simpler? 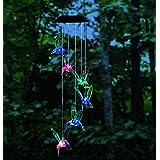 These are incredibly pretty, though calling them wind chimes is a bit of a misnomer, they don’t chime but are well worth the money as they are visually stunning.
If you want chimes you could try handing a few metal or wood tubes under the birds maybe, but for me these are just perfect as the are. I’ve other chimes to add sound.

The set comprises six pretty little humming birds on cords that hang from the central circular solar panel.
I’ve got mine tucked among my pots on the patio and hanging from a large metal hook.
The birds are made from a pretty, rigid, acrylic type material, looks like glass but less prone to shatter. With outdoor things that hang loosely like this and can get knocked that’s important.
I thought the birds would just rotate colours, with them all having the same at the same time. That’s not so, they do rotate colours but each changes individually, so they really look fabulous and are a genuine eye catcher in the dark of the night.
Dephen Solar LED Globe String Lights, Set of Solar Outdoor 20ft 30 LED White Frosted Ball Fairy Christmas Lights Waterproof Lights for Garden Party Wedding New Year Outdoor Decoration 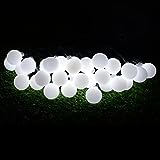 This set have the usual, a green wire with lights, attached to charger/battery, and a stake for placing charger into ground. The back has the off/on and a mode button to change from always on to flashing. I do find with these buttons its not easy to tell if working, and I don’t want to go trundling round the garden in the dark fiddling. What I usually do is take them under a table/into a cupboard, place something like a thick cloth against the front of the charger and they should light up, giving you a chance to see they work and to choose the mode.

The lights themselves are a set of pretty frosted white balls, which gives a clear cool toned light as soon as it gets dark, lasting well into the early hours at this time of year when the sun is strong. They also come in a warm white and a coloured option.
Winter I find they don’t last as long but still work for several hours, and its just cheering at night when i can’t sleep to peek out at them. Its very dark where I live, very rural, no nearby lights of any kind so they show up well.

They do need to be charged for 6 hours or more before first use, so don’t expect them to glow straight from the box, although sometimes they have a weak charge.
Look at where to place charger so it doesn’t get overshadowed by grass, plants or trees. I’ve found they also work inside if you place charger in a sunny windowsill.

They’re designed for outdoor use so perfect to just hang round garden and leave – that’s what I do. Eventually they all die off, but that’s true of everything, so long as they last a decent time I’m happy.
TONOR 4CH Remote Control RC Wall Climbing Climber Rocket Toy Car Racer Black 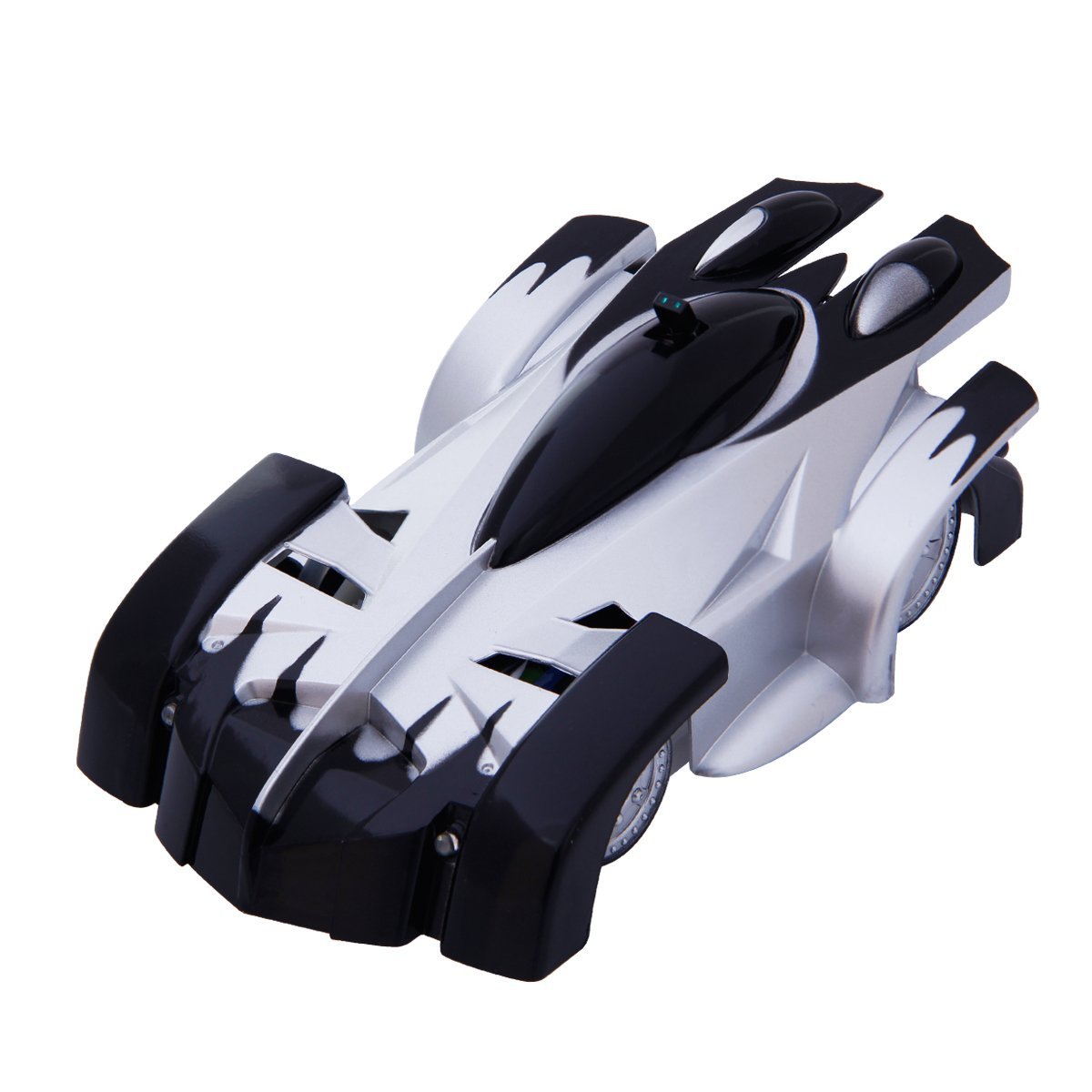 5 year old Brennan was be chief tester.He loves toy testing, takes his part in reviewing very seriously.
This is the second car like this, he’s still playing with the first one which we got back in
April this year.

The packaging was good, its in a card display box and the car and remotes held in with wire twists that were easy to undo. Finally we persuaded him to hand the car and remote over and help put in batteries – not supplied, you need six AA ones for the remote so check you have them when you order. Nothing is more frustrating for kids than having a new toy and no batteries!! Actually its frustrating for adults too 😉 Once the batteries were in he put it on the floor, used the remote and it was off, careering across kitchen floor madly, flashing lights and then being out into spins and reverse. When we actually got to read the manual – well, does anyone read it before playing? really? – I saw how to get it to go on walls. Sadly our walls are old, very rough and papered with a textured surface, and though it was fine in living room it wouldn’t work in dining room.

Our house is very old though and the walls very rough, hence the paper which is textured, so its not surprising the car wasn’t happy. It works by way of air+ the plastic sheet around the base. I can’t explain more but hopefully from photos you can work it out? Bren and his older brother and sister, and dad – me too – had fun with this, and he took it home where they’ve got nice newish plastered and painted walls where it works better. My ceilings are all textured so again we couldn’t try that but I don’t see why it won’t work.

The car feels very flimsy as its so light, but it felt off walls a few times and was fine so its more robust that appearance would suggest. You need to hold it on the wall to start, but as soon as it moves then its fine on its own. Its been great fun and for something relatively cheap I’m very impressed by it. Bren loves the lights too – adds to the all round fun effect. The first one (identical to this) is still going well despite frequent travelling from my hone to his – 35 miles away.

The car is charged by a USB cable but as with so many of these toys its got a different end, not the mini USB type, but one of those with a circle, so ensure you put it in a safe place. I wish these cables were all standard, it reminds me of the early mobile phone days when each had different chargers, and were a pain to charge, needing to have its own cable taken everywhere – now with them mostly standardised its so much easier. Come on manufacturers, do the same with kids toys please. We’ve so many where they’re useless as chargers been lost.